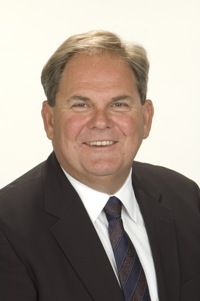 Richard Langfield has thrived in real estate in the lower mainland since 1987 and recently retired his real estate license at the end of 2018 to pursue new opportunities in land assembly, development and building. He is an accomplished residential realtor who has helped countless families purchase and sell homes. As a specialist in land assembly and development, Richard has the skill and experience to see projects from the initial concept through to strategic marketing and final sales. Richard has a well-rounded background which includes construction (residential, commercial and industrial), landscaping, legal, financial, and liaison work with government and various corporations.
He has worked on many developments and assembled 100 acres that brought 3 townhouse sites and 350 lots to market in South Surrey. This created Morgan Heights, which has become a huge part of the Grandview South Surrey community and a very sought after area. It generated new parks, schools, recreation and shopping facilities. Richard has created success by being knowledgeable, honest and a strong negotiator. His keen business sense and foresight for market trends has established Richard as a trusted leader in the industry.

Assembled 104 acres for his own development company with 4 other partners to rezone and develop the start of Grandview Corners in South Surrey. He strategically worked with the City of Surrey to help design the Official Community Plan (OCP) to provide the layout for this area that is currently known as Grandview Heights, with a large commercial core called Grandview Corners, surrounded by multifamily and single-family homes, which encompassed the project Morgan Heights. He did this in conjunction with Smart Centres who had the additional 100 acres of commercial in the area, which made for a large impact to develop for the City of Surrey. Morgan Heights turned into 3 townhomes sites on 35 acres; and the Joint Venture with 350 single family home lots of various sizes. Through his foresight of the real estate market and development, Richard was one of the first to assemble properties in the largely farmland area of Morgan Heights turning it into one of the most desirable areas to live in. Even during the 2008 market crash, Richard’s effective marketing strategies successfully sold out the 350 lots in a 2-year period of time completing the final lot sale in 2010. Morgan Heights became one of the hottest selling communities in the Lower Mainland. Today this subdivision has consistent high re-sale values.

A two phased project of 106 lots with 4 builders buying lots and building out high-end houses. Richard was the sole marketing agent for one of the builders, Windridge Homes, and put together a team to work on the home sales.

An exclusive golf course community developed by Bartrac Holdings Ltd, with high-end homes, that Richard, due to his successes on other projects, was recommended to take over the marketing in the 5th phase of lot sales. The marketing and sales were stagnant which Richard quickly identified the cause, then implemented an effective marketing strategy that immediately sparked interest from both builders and homeowners. He once again created activity through demand and continued to duplicate results throughout the sales of phases 6,7,8,9,10 and 11. This subdivision now has a prestigious reputation and a demand with consistent high re-sale values.

78-lot site developed on historic Semiahmoo Trail. Richard was instrumental in the lot “layout” of this project. Despite long delays with the city and selling in a very sluggish market he embarked on an aggressive marketing campaign to create a demand for the subdivision. This project then sold out very quickly while other competing subdivisions remained unsold.

8 “fill-in” lots that were developed by Richard and a partner, all lots pre-sold

A new concept plan for this project adjacent to Sherbrooke Estates was created from Richard’s market research while he was selling in Sherbrooke Estates. It is a gated community of 47 bare-land strata, detached single family homes specifically marketed to retirees, executives and couples who were almost “empty nesters” and were not ready to enter the townhouse market. This project was the first of its kind in the South Surrey area and successfully marketed due to Richard’s keen insight on market demand.

An award-winning 106-lot subdivision, Richard was involved in the land assembly, actively involved with the city in the re-zoning, created good building guidelines, and completed with effective, successful marketing and sales. The subdivision sold out very quickly and to this date commands consistent high re-sale values.

Assembled several properties for a few investors in an area zoned for future townhouses and apartments, beside an area later designated and now developed on a very large scale as Surrey’s “City Centre”.